Kenny Roy posted this on the facebooks today:

Looks like a fun list to tackle, regardless of how long (or not so long) you've been doing this animation thing.
Posted by Matthew Russell at 11:15 PM 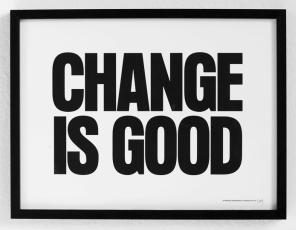 It's just not always easy or expected. I've tried on several occasions to get back into the habit of posting to this blog. The reason, in the back of my head being, that this is where my voice lives. Not one of many filling a timeline.

We'll give this another shot.
Posted by Matthew Russell at 12:06 AM 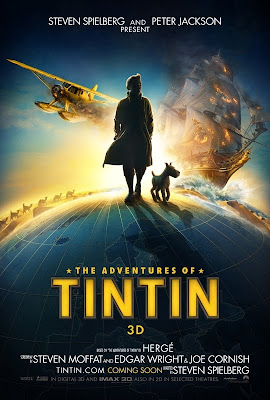 As much as I want to believe that this will be awesome, there's an underlying feeling of dread...and that sucks. Because everything I've seen looks great. The trailer, the images released at the beginning of the year. All of it looks great...except for TinTin. And that statement in itself is a bit misleading. It's not that Tintin looks bad, I wouldn't know really. We haven't been given a good look at him yet and THAT'S what has me worried. He's the lead, center, main character in this thing and they're giving him the Michael Jackson treatment (no, not giving him too much anesthetic) but hiding his face at every turn. They might as well have a surgical mask on him while he's dangling a baby off a balcony....wow, I took that Michael Jackson thing a little too far. Anyway, I know there have been marketing campaigns in the past based around keeping the final look of the character under wraps for as long as possible but I wouldn't think Tintin would fall into that category...I could be wrong but my fear is that in trying to ride some line between photo-real and stylized (which them seem to have pulled off pretty well with all the other characters I've seen) that, with Tintin, they may not have pulled it off...please be wrong, please be wrong, please be wrong...I'm hoping that if I say it enough I will be wrong. We'll see.
Posted by Matthew Russell at 11:09 PM

Regardless of how you see Facebook, great connector or evil destroyer of lives (I see it as combination of both with a whole bunch of lazy thrown in for good measure) it is one thing for sure...convenient. By convenient I mean it's convenient for people to document every little detail of their lives on the fly...hooray for the iPhone, I guess. Anyway, it's also made it easier for me to comment on animation and industry related stories without ever having to remember what my blogger password is. Honestly, I'm not even sure how many people keep up with this blog anymore. Regardless (used that word twice in one post...win) I want to try to get back to posting here. Writing here just seems more intentional on both my part and the part of the reader. My posts aren't competing against fifteen status updates on "how much mean people suck" or "help me feed my tofurkey" on vegan-farmville. Anyway, we'll see how it goes. Wish me luck.
Posted by Matthew Russell at 7:47 PM

Portal 2 drops Monday. Myself and the talented team of guys I've been working with generated four web shorts and the television commercial for it in two months. This is the web short I (for lack of a better term) drove...good job robots.
Posted by Matthew Russell at 11:35 PM No comments:

This is one of the things I've been working on the last couple of weeks. It's the teaser trailer for Portal2 that we debuted at Sony's stage today at E3. It was an absolute blast to work on...not just because the game kicks serious ass but because the crew I got to work with are amazing. Hope you like it.

Just saw this today. Fun little short that was apparently made on the super cheap. Looks great. I haven't watched the "making of" video yet.